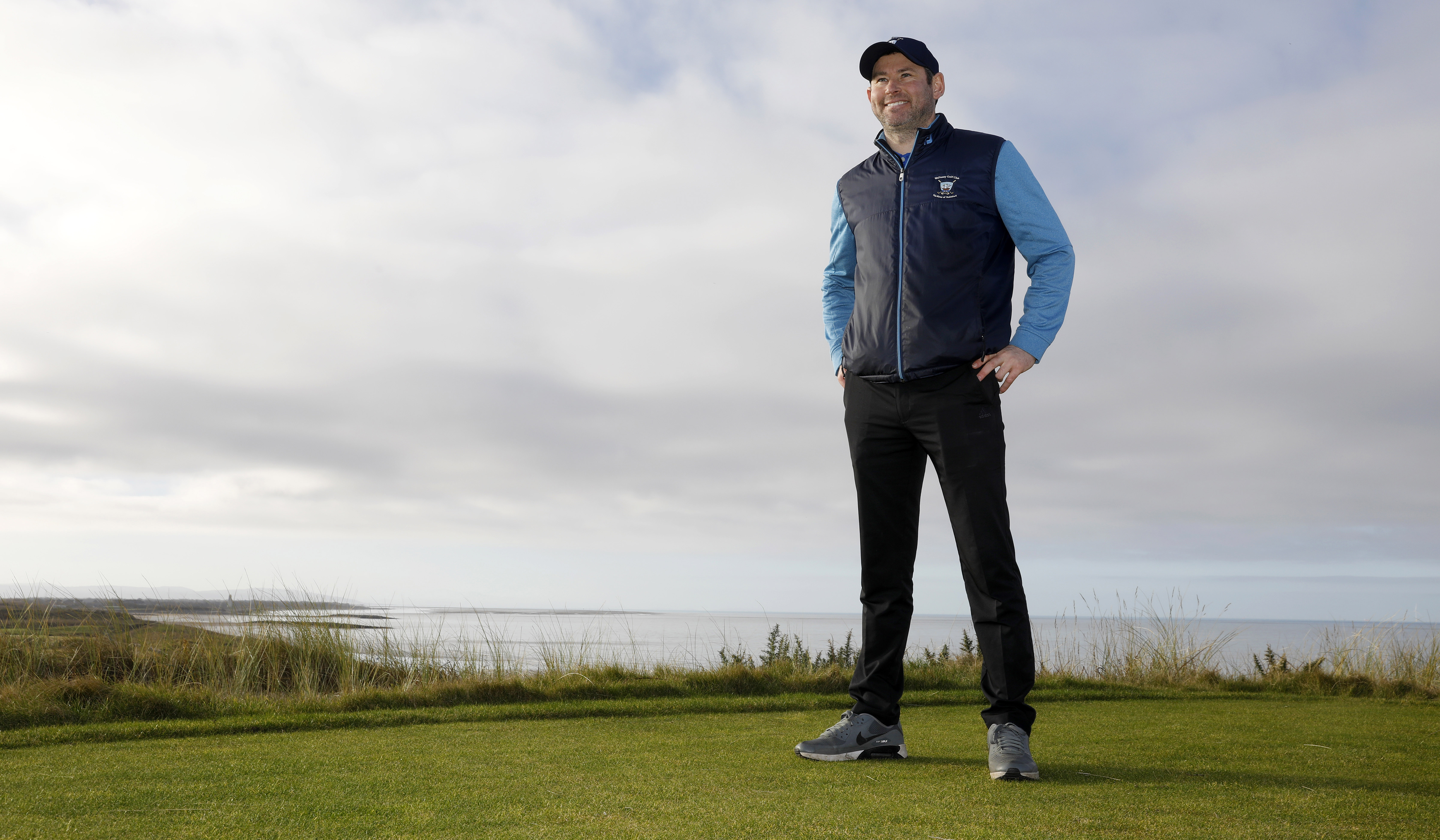 The importance of peace of mind

Wallasey Golf Club Course Manager, John McLoughlin, sits down with Blair Ferguson to talk sensors, moisture management, the importance of peace of mind and his first year working on a Links.

For the last year, Wallasey Golf Club's new Course Manager, John McLoughlin, has been adapting to life in charge of his first-ever links.
Changing scenery is nothing new for John, who travelled the world as a greenkeeper after spending a college placement at Gleneagles. This ten-year journey saw him work at the Ryder Cup, The Open Championship and the Australian Open, as well as several Tour events.

One of the best

His love of playing golf forged his pathway into the industry, but his decision not to pursue it professionally has been greenkeeping's gain. With more than a decade of experience under his belt, he decided the time was right to move from his heathland course to a links, and in Wallasey, he got himself one of the best.
Wallasey is a jewel amongst English golf's finest diamonds on the famous northwest golf coast. The classic links counts Royal Birkdale and Royal Liverpool as just two of its renowned neighbours, but the course on the cusp of the Wirral Peninsula more than holds its own in England's Top 100.
Settling into this new job has been different. For the first time ever, at his first links ever, John has used Soil Scout sensors to learn about the greens and accelerate his understanding of the course. Wallasey consists of three differently constructed greens among the 18-holes, and there are three sensors in one of each construction to give a detailed overview of how they are performing.
John explains: "I went from managing a heathland course to a links, so I knew water management was something I was going to have to really get on top of and be astute in.
"Installing Soil Scout sensors in the greens fitted in with our best practice for water management, and I believed by using them we could home in on our moisture levels very quickly.
"What drew me to Soil Scout is the live data you get every 20 minutes. Having that at your fingertips is unique in the industry, and it was something that by putting the sensors in, we could fine-tune our moisture management very quickly.
"I also think it's quite nice to feel like you're in control. So when you're at home and going through a dry spell, for peace of mind, it's great. There is an aspect of mental health within the industry and managing that. There can be times when the greens are drying out or getting too wet, and being able to check that takes a lot of pressure off you.

In control with Soil Scout

"When I started here, we had mixed weather, but I did feel in control, where I might not have done without having the Soil Scouts in the greens.
"There can be a level of anxiety over it being hotter or wetter than you anticipated, but being able to check that live is a valuable tool for well-being. I don't think it's something that gets touched on, but it is a big aspect of having Soil Scout."
Having the live information to hand has settled John in quickly, and it is also playing a role in staff education. Greens data is collected daily and is the subject of the next day's morning briefing. Discussing the information with his team and reflecting on their previous days' performance is something John introduced and plays a significant role in staff involvement with the progression of the course and its maintenance.
"We do it to help build the team's knowledge of the course, but we're also able to make better-informed judgements of daily maintenance practices because we analyse the performance of the greens every day. So, those figures drive what we do on a daily basis. By being able to track our moisture levels and our firmness, we can make more educated decisions with resources, whether that be sand for top dressing, watering, or wetting agents.

"It's a better use of resources. We're never rolling the greens when we don't have to because we know what they are clegging at, we know the speed, and we know the smoothness, so we can make better judgments, and the Soil Scouts are one part of that.
"The way the greens react to different conditions is playing out in a similar way to what I expected, although it takes them a lot longer to dry down than I was anticipating. So, to have that live data really did forward our knowledge against how long it would have taken us to learn that. And with that information, it stops us watering as soon as we might have done, which is a positive for our water management plan.
"We still use a moisture meter on the greens, but we don't have to do quite as much because of the sensors, so we have saved a lot of labour by having them in there, and that's a big thing for us."
Soil Scout's sensors have played a pivotal role in fine-tuning the maintenance plan, but they have been equally as important in measuring the effectiveness of wetting agents. Initial product testing has allowed John to pick the best for his course, and when in use, he can get a strong indication when to reapply them through the moisture readings.

Again, this saves his staff considerable time against using a moisture meter every day and allows them to pursue other projects. Against other courses in the area, Wallasey – famous for being the birthplace of the Stableford scoring system – provides a striking drama with its dunes and sea views.
John's team has sought to enhance that by reclaiming 6000sqm of dune land that had turned into scrub. Now reinstated, the area is home to common sand lizards, skylarks and has brought lost contours back to the course. The outstanding work of the team has been recognised with a nomination for the Golf Environment Awards 2022 in the Environmental Project of the Year category.
After slightly over one year in charge, John's impact on Wallasey is already visible in the landscape, but it is the data he is getting from beneath the greens that will shape his environmental best practice and course maintenance for years to come.