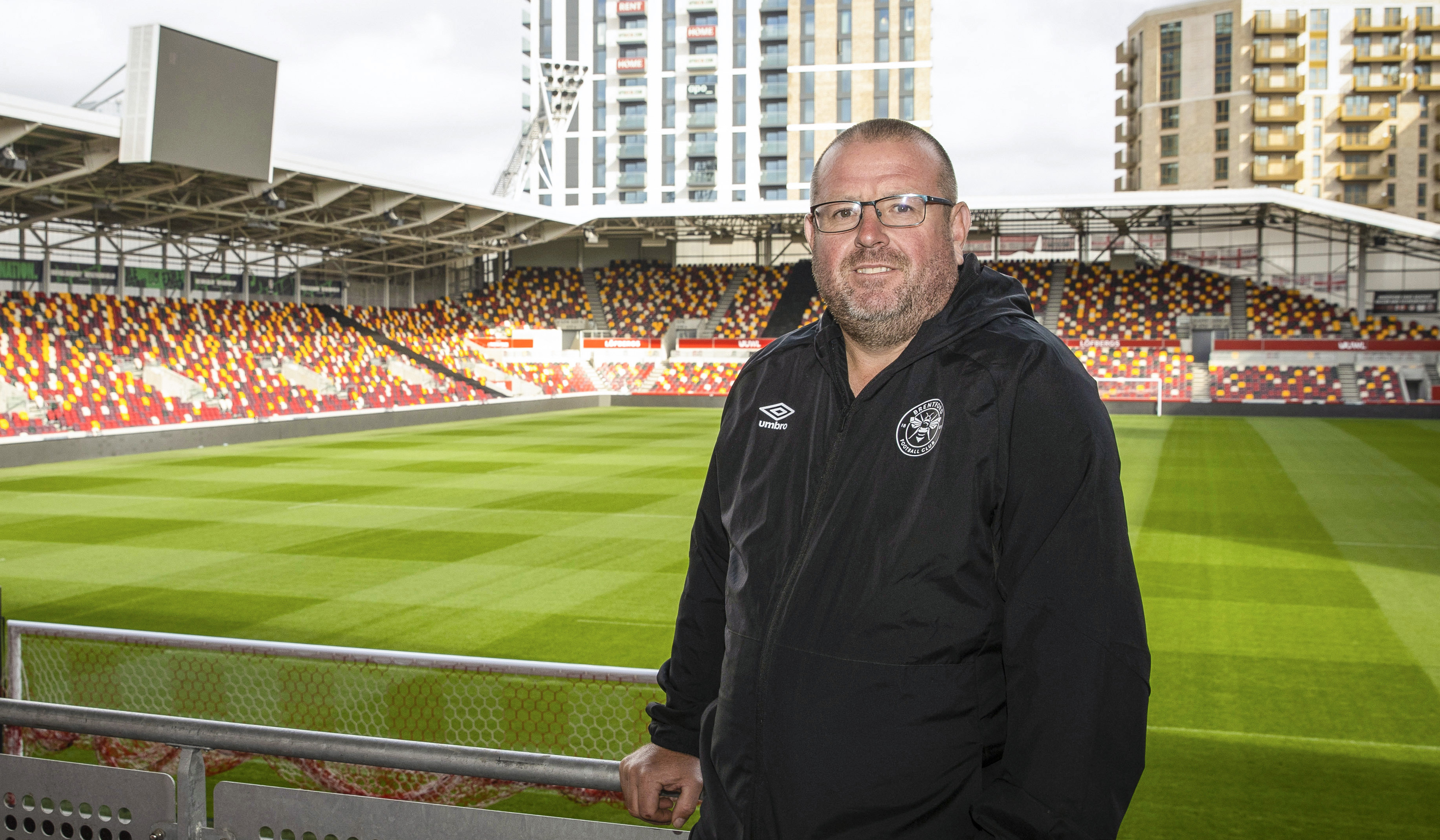 Steve Honey - relishing the challenge of the Premier League

There has arguably never been a more exciting time to work at Brentford Football Club. The West London outfit is currently enjoying one of the most significant periods in their history after moving to the Brentford Community Stadium and reaching the pinnacle of English league football for the first time since the 1946-47 season. Winning promotion to the Premier League and moving into a new stadium has been a whirlwind experience for everyone at the club, including Grounds Manager Steve Honey.

‍
His journey towards this point began at a small non-league football club and took him to gain experience in golf before spells at Richmond Rugby Club and QPR. Now, with his team of nine, he oversees five pitches plus warm-up, rehab and goalkeeping areas at Brentford’s Jersey Road training ground as well as the dual-use stadium pitch.
The fixture schedule between Brentford and Premiership rugby union side London Irish is unrelenting for Steve and his team, with no time off during international breaks and regular double-headers to prepare for. Getting the new pitch set to host these games was vital, and the Bees grounds team was afforded a year to acclimatise to their new surroundings before competitive action began, but it wasn’t without its challenges for Steve.
“Moving into the new stadium has been a bit of a whirlwind with promotion to the Premier League as well, but everyone is buzzing around the place,” Steve begins.
“We were in the stadium a year before they started using it, so it was a building site when we first started looking after the pitch. It’s been a good and exciting challenge and a lot of hard work, it’s been everything all in one, really, but it has been good.
“With the year we had, we were able to try a few things out. We had a challenge with water because the water supply wasn’t actually on, so we had a temporary water supply with temporary tanks and temporary pumps. Occasionally the pumps broke down, or the water was turned off, so we had weeks on end sometimes with no water in the height of summer.
“To be fair, it was quite interesting to see that the pitch wilted back on the surface but underneath, the roots were unbelievable; they went right down in the ground. It was like ‘wow, we should do this all the time’ sort of thing, but I wouldn’t have the courage to do that if they were playing on it, that’s for sure, but it was interesting to see it.
“We also learnt where the shade was, where the sun was, what needed water, what grew quicker and what didn’t grow so quickly. So overall, it was a good year of learning, and it gave us a head start.”

Steve’s year of learning was focused on giving both teams what they need to succeed in terms of pitch quality. Having found a winning formula, he decided to take things up a level by utilising data from below the surface.
By installing Soil Scout sensors, he aims to gain a real-time understanding of how different maintenance practices and inputs, such as water and grow lights, impact the turf in real-time. Using this real-time data, Steve can closely manage game preparation and ensure the pitch is in optimum condition for both football and rugby.
Steve explains: “Data is highly important to me, and every groundsman you speak to will say the more data you can get, the more insight you have into your pitch. So I think it’s invaluable to everyone.
“The standard of pitches is going up and up and up every year. There’s more technology coming in, and everything is moving forward, so we also need to move forward with our understanding of pitches. Getting data as we do from Soil Scout is instrumental to that.
“We do take soil samples, and we can see on the top what’s going on, but underneath we’ve got no idea. By the time we’ve sent it off, and it’s been analysed and come back, it can be a week or so, and it’s changed again. With Soil Scout, it updates every 20 minutes so we can look and see if the goalmouth is dry, put a bit of water on and look in 20 minutes, and it’s perfect. So things like that give us a head start because we can see it happening in real-time.
“All of the data from the sensors loads onto the app automatically, so we just log into it and look, which is very productive for us, and it’s particularly good leading up to matchdays.
“For a game, we want to get the soil a bit damper, so it has 20% water in there. When we’re not playing, we want to get it down to 15%, so it helps us with that. Especially for rugby because on the day, they don’t want it watered because they’re throwing the ball around. Leading up to the day, we can probably get it up to 25% and then turn it off, so it drops down to 20% for matchday and Soil Scout will help us no end in that way rather than guessing.
“We’ve also got the TLS lights which we had before installing Soil Scout. Now they’ve teamed up together, it works perfectly for us, and it helps us with the lights because we can see the temperatures and the effect it’s having.
“In this day and age, with the economy and prices going up and down, it could save us money in the long run. We could be using the lights or watering when we don’t need to, and more than that, we can fine-tune how long we do those things so everything can be done precisely with a maximum benefit.
“We’re talking in October, and we’ve had the sensors for a few months, but I think we’ll learn a lot as we go into the winter. There are things to consider like the more the lights go on is it going to affect the fertiliser programme, is it taking more out of the pitch, is it not, do we need to put more water on than we would normally and other things like that.

‍
“Really, there’s no end to what we can learn by using it, and the more data we get, the better we can make the pitch. I think most people given a chance to use Soil Scout would love it and find it a very useful tool.”