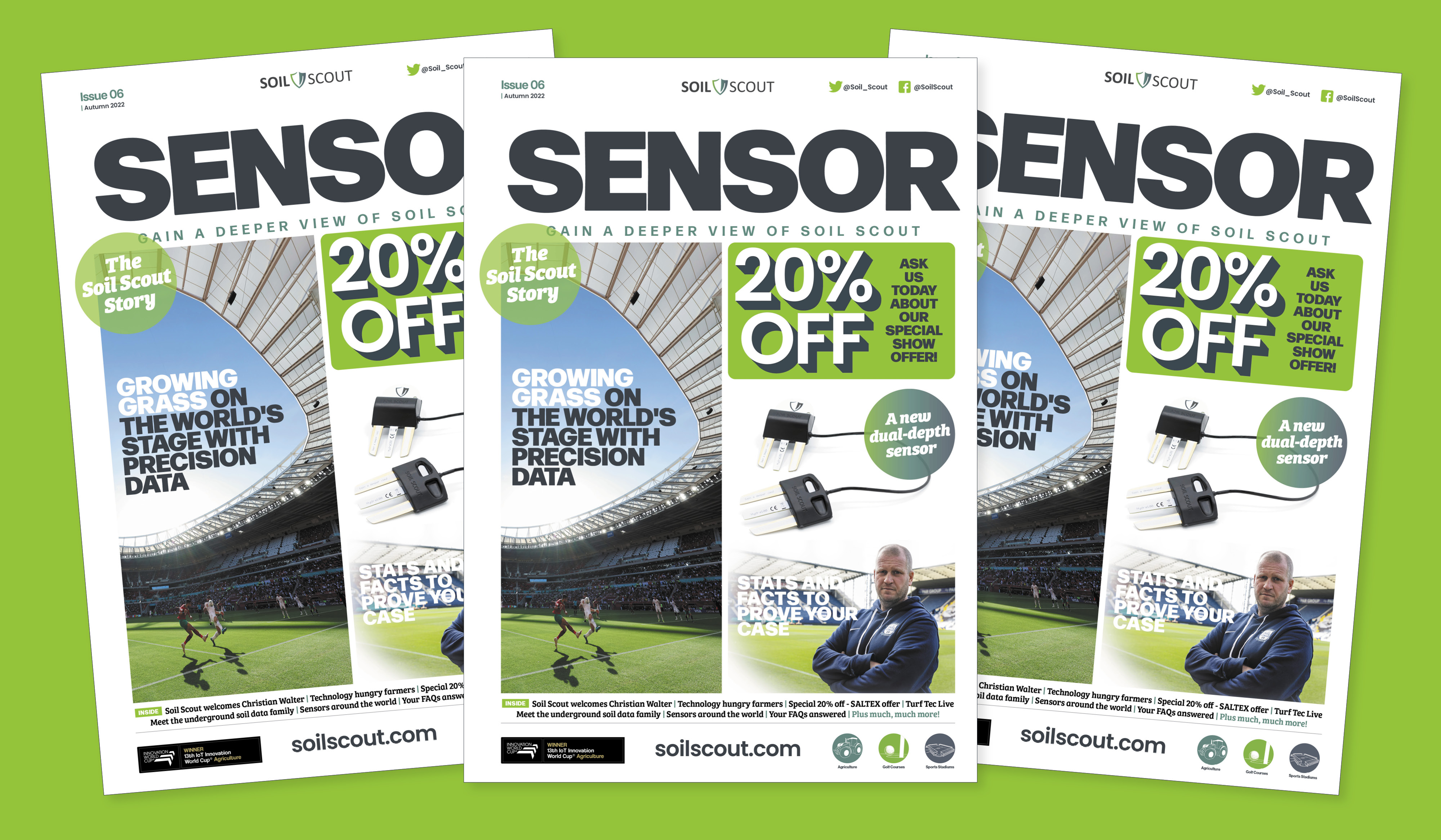 Click the link below to read the latest digital version of Soil Scout's fantastic magazine, Sensor. Headlining issue 6 is an exclusive interview with Steve Wilson, Business Development Manager, Bernhard Turf Technologies. Steve talks to Blair Ferguson about how the SubAir Systems and Soil Scout installation went in all of the Qatar Stadiums as the world's focus turns to the biggest football tournament starting later this month. We also speak to Preston North End head Groundsman Pete Ashworth. Pete has been at Preston for 17 years and is credited with one of the best surfaces in the Championship. Pete tells us about his experiences using Soil Scout in his pitch and if he would recommend it to fellow football stadium pitch managers.