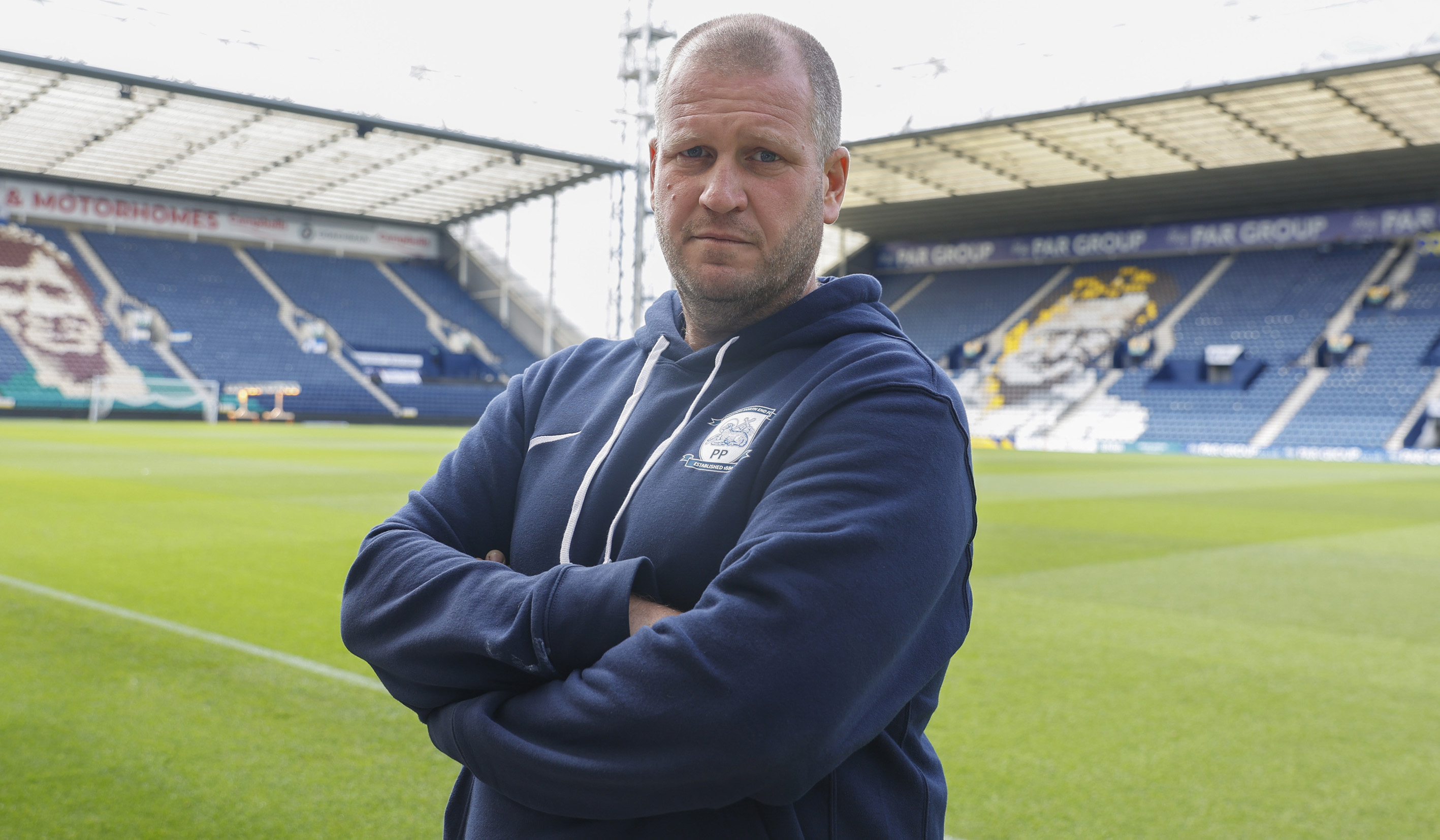 Pete uses stats and facts to prove his case

Pete Ashworth is part of the furniture at Preston North End, he's been Head Groundsman for 17 years but stumbled upon the profession completely by chance. Now he's custodian of one of the best pitches in the Championship and has recently added the Soil Scout solution to his technology line up.

Deepdale is one for the purists. As the oldest professional footballing site in the world in continuous use, it has seen every change in football since 1875 and will likely see the many changes to come.
For the last 17 years, Preston North End FC Head Groundsman Pete Ashworth has been part of Deepdale’s history. His journey into groundsmanship started by chance with a flyer posted through his door from Myerscough College.

Despite being in the middle of a BTEC in science, which he planned to turn into a career as a physio, Pete made the change to turf and has never looked back.
“It was really that much by chance,” he says of the circumstances that led him to groundsmanship.
“I always fancied working outside, and I’ve always liked football, so I went that route rather than the physio route for whatever reason. People probably think I’m crazy, but it was the right decision because I love it.
“I’d been to football as a kid, and you walk in the stadium, and the pitch is always something everyone comments on, isn’t it? And it almost sticks in your mind that first time you go to a football match and see the pitch.”
Work experience at Blackburn Rovers when they were the Man City of their era followed. At the time, Rovers had just installed their first fibresand pitch, which Pete recalls looking unbelievable.

In 1998, that would be his first taste of the pitch technology changes to come. Now, with six staff at his disposal, he is in charge of two training grounds with three pitches at each site.
At Deepdale, on their fibresand pitch, he uses TLS lighting rigs to great effect. The surface is often regarded as among the best in The Championship, and as technology is moving, Pete is keen to continue moving with it.
“We’d like more rigs that work with apps so you can monitor what’s been where,” he explains. “We do it more by eye and by noting how long each rig has been in a certain area, so we could be on top of it better.
“With Soil Scout sensors we can see the soil’s temperature, which helps us have a better idea if the grass is going to grow basically. So it’s something that’s more scientific than what we’ve had and enhances what we do.”
Pete is closely monitoring the moisture levels with a sensor in the corner of each 18-yard box, one in the centre circle and one in the darkest corner of the stadium.

He explains that keeping the pitch at 20% moisture is the main aim, and this benefit was mainly seen during the summer grow-in.
“It’s been a valuable tool during our grow-in this summer because it’s been so dry. It’s been good to see if we’re putting too much water on, and we’ve tried to keep it around the 20% mark consistently.
“If we saw it was dropping off a bit to say 16% or 17%, we might stick an extra pass on at night just to top it back up. So, it’s been good that way.
“It’s almost like a comfort blanket, knowing you’re not overdoing it or letting it get too dry.”
The successful grow-in contrasted with the grow-ins at the first team Euxton training ground. While irrigation improvements are underway, the implementation is staggered. Inconsistencies with the watering pattern led to issues during the fibresand installation, and Pete quickly recognised the benefit of having Soil Scout in the pitches would have had.
“The club came back to me to ask what was wrong with one of the pitches, and even though you explain it’s because of the sprinklers, they don’t get it because all they see is the system working and water coming out.

“If I stood in the middle with four sprinklers on, I wouldn’t get wet. So, having sensors that, for example, show the moisture is at 10% would have been helpful in that situation.
“At Deepdale, we’ve kept it at 20%, and the grow-in has been brilliant, with a 100% take. We haven’t had to overseed any areas, and it’s been bang on.
“We do have the front edge where we upgraded the irrigation on one of the pitches at the training ground. Even though it was renovated last, it’s caught up and gone past the others because the irrigation was getting on.
“If you had Soil Scout in there, it would be an extra tool to give info back to the management. Sometimes they think you’re making excuses, but if you’ve got the sensors in the ground, it’s stats and facts you can use to prove your case.
“I go in and see the bosses and show them Deepdale is on 20% where we want to keep it, and these are getting 10%. So it’s there as a fact on a screen, not just me going in and throwing some numbers at them and them saying, ‘where’s your evidence?’ It just helps you push your cause.”

A fact on a screen

Away from the decision-making, time-saving and evidence aspects, Pete also appreciates that proximity is no longer issue. At a moment’s notice, he can open the Soil Scout app and check if Deepdale needs water or answer questions from his team regardless of where he is.
Going into winter, the soil temperature will become more important and dictate the number of frost sheets put out in the build-up to games. Again, a small change that can make a considerable time-saving difference.

Over time benchmarking fertiliser is also on his list. Knowing what works best at certain times of year is a simple yet exceptionally important thing for Pete, who is finding the more he uses the sensors, the more he gets from them.
In closing, he remarks: “I’ll always be looking at the dashboard, and it might give us that extra belief that everything we’re doing is right.”

So, would Pete recommend Soil Scout to other sports turf professionals?

"We currently have six sensors in the pitch, of which four are placed in the corner of each 18-yard box, one in the centre spot and one in the corner near the tunnel.
"We have found it very straight forward to install and remove the sensors whenever we have had to move them (end of season renovations, etc) and they quickly reconnect with the base station, which is placed at the top of our Invincible’s Stand.
"We have found Soil Scout a great tool to help us quickly check the moisture levels and soil temperatures. This helps us when deciding how much irrigation to apply and also monitor if the pitch plays better or worse when moisture levels differ. It also gives us a good idea as to when to carry out routine maintenance such as verti-draining or pro-coring.
"We are also hoping to build up a picture of how fertiliser applications respond depending on the soil temperature, therefore allowing us to put the right product on at the right time.
"I would highly recommend the system to anyone who is thinking about it, and just wants that extra bit of reassurance in helping them understand their pitch."