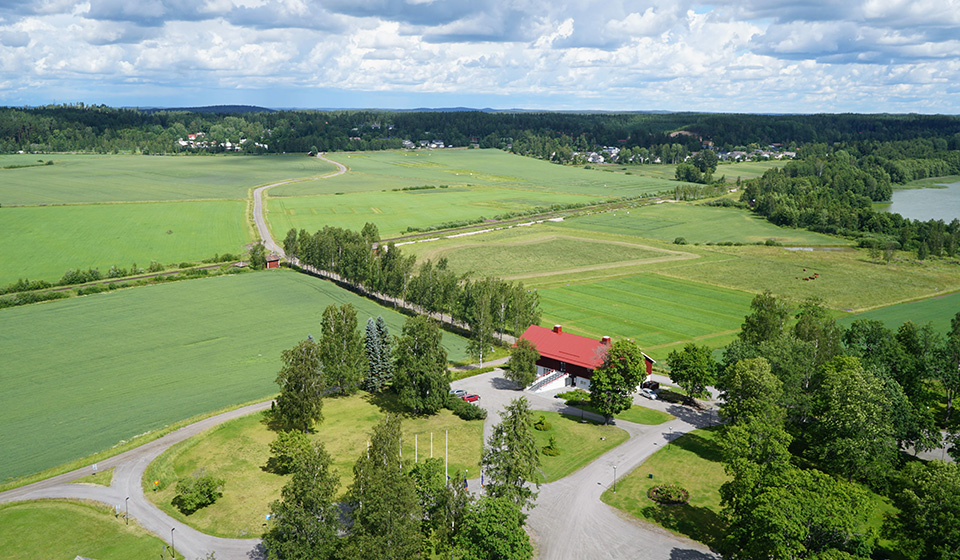 A research farm in Finland is one of the longest-standing users or Soil Scout sensors. We find out why they’ve become an essential tool for Kotkaniemi Research Farm.

Data is fast becoming an essential currency on farms. Whether it is benchmarking costs against other similar farms, using telematics data to help improve fuel efficiency or analysing multiple years of yield maps to understand which fields are consistently high or low performing, collecting data unlocks insights that can help farms become more profitable and / or efficient.
No farm understands the importance of data more than a research farm. By its very nature research requires data to compare different fertilising practices or products. It’s not just the final result that is important, but also the data that’s collected along the way that helps explain why a result happened that can be illuminating.
It’s one of the reasons why Yara’s Kotkaniemi Research Farm, about an hour north of Helsinki in Finland, became one of the first users of Soil Scout’s innovative sensors.
The 90ha Kotkaniemi Research Farm began its research activities in 1961 and is responsible for over 50 trials made up of 3000 trial plots each season. These are not just for Yara, but also several other external partners in the food chain industry, explains head of Kotkaniemi Research Farm, Juha Liespuu, who manages activities at the farm.

‍
“These trials form the basis for the development of solutions that help farmers to achieve the best possible yield and quality with minimum impact on the environment,” he says. “We can directly show in the field trials how the crop responds to our treatments.”
Most of the trials are in spring cereals, intensive grassland and some in winter cereals and spring oil crops.
The farm started using Soil Scout sensors to monitor soil moisture and temperature in 2016. “Initially we bought 19 sensors, now we have 26 in active use,” Juha says. “We bought them to get measured data from underground to combine with our other data.”
The sensors are placed to three depths – 10, 20 and 30cm deep – in the same places in the fields. Data from each sensor for soil moisture, temperature and electrical conductivity is transmitted every 55 minutes to a base station located up to 500m from the sensors.
The base station sends the raw data with a cellular modem to the Soil Scout Hub server, where it is calibrated using soil type, temperature and other conversion parameters into accurate values and then displayed in the end user’s dashboard.

‍
“It’s very easy to use and gives us the ability to follow the data online in almost real-time,” Juha explains.

‍
The sensors have been particularly valuable in helping analyse long-term trials on the farm. One such trial is comparing different tillage systems – no-tillage, minimum tillage with a disc harrow, and ploughing.
Soil moisture varies within the different systems in the spring, but the trial’s structure is such that all three must be drilled on the same day.
Soil Scout’s readings combined with the researcher’s own visual assessments increase understanding about when conditions in all three systems will be as close to optimum for drilling and provide the least compromise, he says.
It's also allowed the farm to compare how rain infiltrates and moisture retention in the different tillage systems over several years, and the yield barriers in those systems.
Another use for the sensors soil temperature and moisture data has been to help understand mineralisation of nutrients in the soil. “For example, if it is dry and cold mineralisation of nitrogen and other nutrients can be quite low.”
That knowledge is also potentially helpful in improving fertiliser use efficiency – a critical aim for farmers.
In early spring, soon after drilling, there is a risk of heavy rain showers, which can cause the nitrogen and sulphur to leach away from where the plant roots can reach it, he adds. Using the sensors to see how deep the rain shower has been absorbed into the soil helps quantify risk of leaching, and getting more whether additional fertilisation will be required.
Although the salinity value that Soil Scout measures cannot directly be interpreted as a “nutrient level indicator”, short-term changes in the salinity level are mostly a result of fertilisers dissolving into the soil water, or being taken up by plant roots.
For farmers who are interested in improving efficiency Soil Scout is an extremely useful tool, suggests Johannes Tiusanen, Soil Scout’s chief scientific officer. “Farmers who are focused on making more accurate decisions will benefit from Soil Scout’s data. For example, for a farmer who is using a controlled drainage system for their crops to limit nutrient losses or a farmer irrigating vegetable crops the sensors are invaluable.”

How could Soil Scout be improved?

While Juha is extremely happy with the Soil Scout system he suggests one improvement could be an automatic alarm for when the soil moisture or temperature reaches a certain level.
Soil Scout Hub has a function to set up alarms based on the measurements, but it indeed requires development from a technical feature into a more agronomic tool, says Johannes. “We have recently published a white paper about how to make use of soil temperature observations in various ways. For example, in springtime grasslands should not be fertilised as long as soil temperature – not the air – remains below 4°C to avoid denitrification and related emissions, but on the other hand grass will start to grow and require nutrients at 5°C. It would be useful to build some of this agronomic knowledge into the system for easier access and automated feedback.”
Juha would also be interested in a sensor that automatically records nitrate levels in the soil. “Again we are actively working towards that goal,” Johannes says. “But that is not a short run – more like a marathon.”
The sensors work extremely well, Juha stresses. “I also really appreciate the development work Johannes and Soil Scout have done on the sensors, their soil science knowledge, and the support we get from the team – that’s not always the case from all companies.”

Collecting data from up high and down below at WINSTONgolf

Taking Sentosa to the top