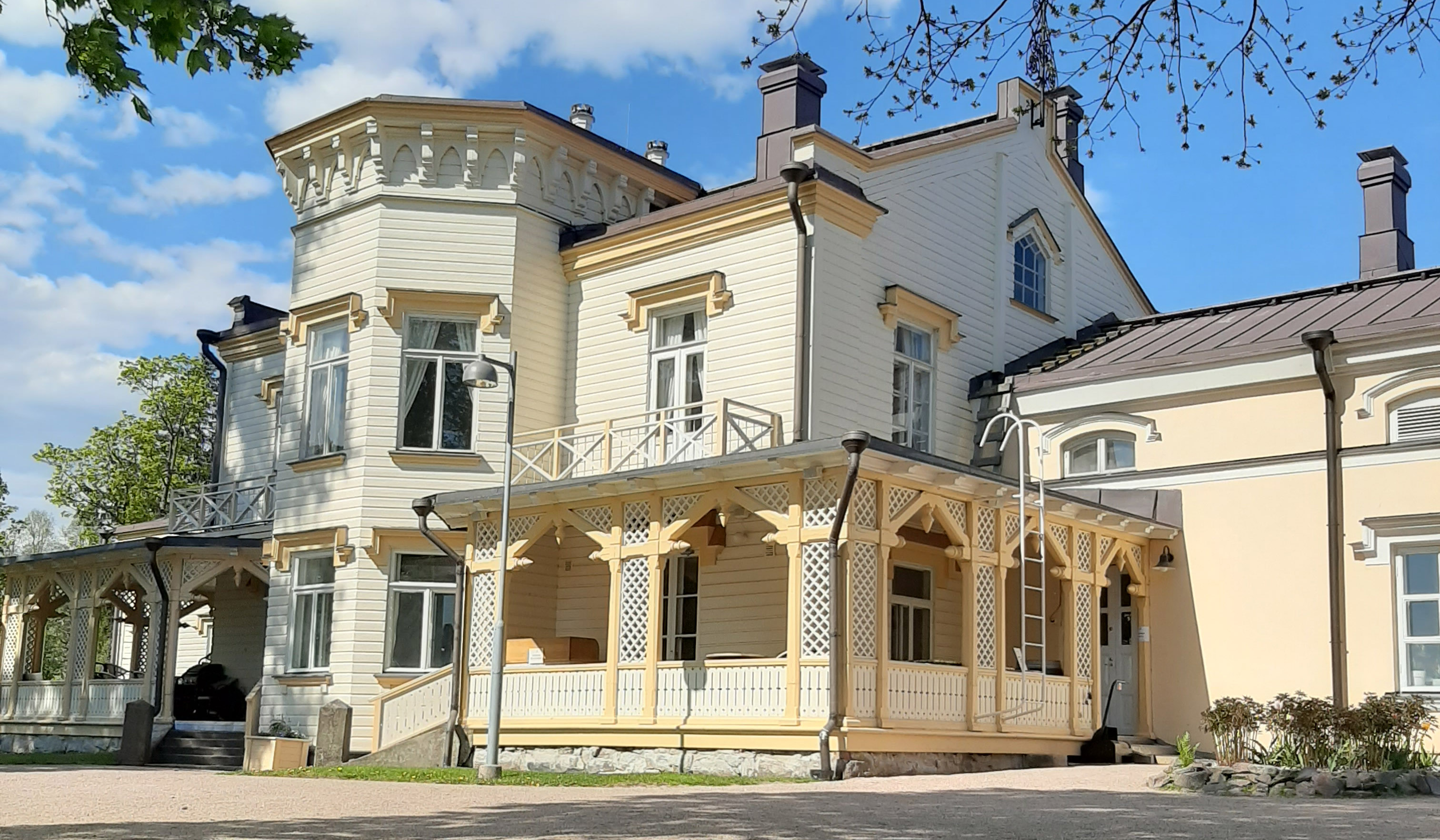 Founded in 1932, Helsinki Golf Club is Finland’s oldest and most prestigious golf course. Located just six km from the city centre, the 18-hole course is set in a city park next to the grounds of a 19th-century manor house turned clubhouse, with flat fairways framed by old trees and fast, sloped greens. The club has hosted many national amateur and international events, including the Ladies European Tour.

As the most northerly continental European capital, winter is the longest season in Finland, with temperatures dropping to -30 °C. In summer, the thermometer can reach up to +30 °C, making life for greenkeepers extremely challenging to keep their turf not only playable but competitive enough to host international tours and events.

We spoke with Lauri Gulin, Director of Golf Operations at Helsinki Golf Club, about how they keep their turf in the best condition possible and how they are targeting technology to become more sustainable.

Helsinki – dark, miserable cold for 6 months of the year – what are the main challenges of maintaining your course during these harsh winter months?

Ground temperature variability is one of our biggest challenges all year round. Being situated in the Nordics with four very distinct seasons creates unique challenges that most other clubs worldwide don’t need to face. In the winter before the snow comes, ground frost makes it impossible to do any maintenance – there’s not a big enough machine that can do anything to make an impact.

Last winter, it snowed approximately 3ft before the ground had time to freeze, meaning that the wet, damp topsoil was insulated under the snow, causing it to rot and practically destroy most of our greens and fairways. When the snow finally melted, we had to reseed everything. Given that we had one of the worst springs for 15 years, we would have been in considerable trouble if we didn't have the data from the Soil Scout sensors in our greens.

Some areas have a piping system that’s relatively shallow beneath the soil, which still might be frozen, so we can't put water down at that time – we have to put products down that help the ground retain moisture for a longer time.

How about in the summer? Days with over 21 hours of sunlight and temperatures into the 20s and 30s, how does that affect your soil management practices?

In the spring, it's surprising how quickly the turf dries out. The grass tends to burn because of the sun and the wind, so if you don't act early enough, you're screwed. Because we have some shaded areas and the sun shines all day, the ground temperature varies greatly, as does the moisture. Instead of guessing, it's very simple to look at the data. The sunny parts of the turf are ready to take in fertiliser more than those in the shade, so it would be a massive waste of time and resources to apply it too early. By having real-time data at hand, we could just pinpoint the exact temperature and moisture levels that would best optimise the regrowth of our turf.

Sustainability is a hot topic right now – what do you do to ensure you’re operating more sustainably?

Data is the most important part of becoming a sustainable golf course. Without measuring or tracking any data, it’s impossible to know how much of an impact you’re having, negatively or positively. Our aim is to be carbon-neutral by 2025. Every new piece of equipment that we purchase is a plugin-hybrid or fully electric – we need to head towards greater sustainability.

We'd love to use more autonomous machines that can actively mow and optimise our turf. Still, a lot of people use the roads in our park, with heavy bicycle traffic in the mornings and evenings, so we can't implement that type of system right now. We do have plans to fully automate the driving range in the near future, however.

What impact has Soil Scout had on your staff’s activities?

While I can’t put an exact figure on the impact of the work, I can tell you that my Head Greenkeeper is a hell of a lot happier. Greenkeepers are often expected to know what their soil is doing, even without using technology to aid their work, as if it’s a big secret that only they understand. However, that’s not the reality – that’s just guesswork. By removing the guesswork from his job, he can use the Soil Scout sensors to effectively plan the whole team’s operations and create much better conditions for the players to enjoy every day.

Instead of needing to worry about the soil and taking sample measurements from each of the different greens and then reacting, he can see all the data he needs to make decisions at home or in the office before even stepping out onto the course, and work on the jobs that usually don’t get done because they’re of a lower priority – Soil Scout helps us to reprioritise how we get things done. Cutting the rough is where most of the effort goes ‘cause it grows like hell with 18 hours of sunlight shining on it.

How about your use of resources?

Our water allocation and control is a lot better. We have 18 greens, with some having multiple sensors because of the hilly topography. The sprinklers spray more water to the higher part than the lower parts because it all drains down. The problem is that water and irrigation isn't good on the lower parts of the course – the lowest parts of the course are only 2ft above the average sea level. With a strong southwesterly wind, it’s possible that the sea can rise a couple of feet. We have a ditch and a lid that helps prevent the water from coming in, but irrigation is still an issue.

We are also very fortunate to have a creek running through the course controlled by the City of Helsinki, so we can utilise that along with the Soil Scout sensors to ensure the best moisture levels during the dry hot summer.