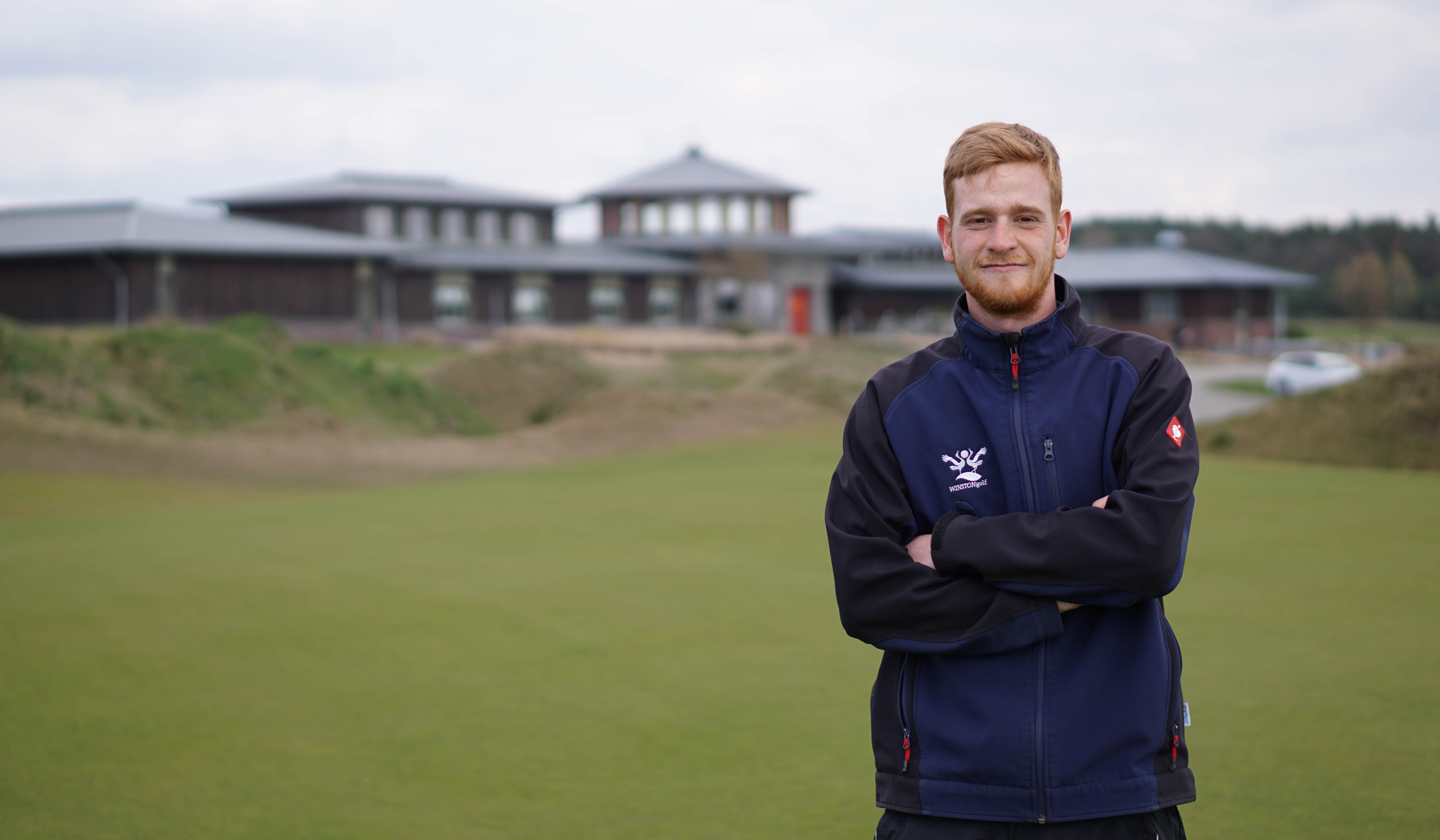 Collecting data from up high and down below at WINSTONgolf

Automation, data and doing things his own way are nothing new to WINSTONgolf Greenkeeping / Robot and Technology Specialist Erwan Le Cocq. His data collection now operates underground and in the sky, and he explains to Blair Ferguson how data has become everything at one of Germany's leading courses.

Doing things differently is nothing new at WINSTONgolf. The German club boasts two of the country's best courses in WINSTONlinks and WINSTONopen, but the two couldn't be more different.
The OPEN course is typical of its landscape with moderate undulations and naturally occurring features that combine to make a challenging golf experience. However, typical wasn't the order of the day when WINSTONlinks was planned.
The course is modelled on Scottish links, with heaven and earth moved to create something that simply wasn't there before. Rolling landscape was transformed by spectacular dunes and rugged vegetation, with the finished product receiving multiple awards for Germany's best golf course in 2019.
These two 18-hole courses are joined by the 9-hole WINSTONkranich, with a mix of the LINKS and OPEN features, which completes the golf resort, but bringing Scottish golfing style to Germany is only where the new ideas began.
Four years ago, French greenkeeper Erwan Le Cocq joined the team. In that time, he has established himself as one of the industry's most forward-thinking and progressive users of technology. Although introducing new innovations wasn't in his original remit, six months after joining, he saw it as a way to meet the demands of maintaining three courses. From there he has become a leading example of what can be achieved using tech such as Soil Scout, GreenSight drones and robotic mowers.
"Six years ago, I started to fly a drone on my course in France and Belgium, and it was just that and not much more," Erwan begins. "Then I moved to Germany, and they came to me and said, 'we've got a problem, we've got limited staff, I know you're into technology, can you find a solution?'

"After that, it was a snowball rolling down a hill, and we're getting more and more technology because we see the results every year. So we keep investing more time and money into that.
"I make it my mission to teach other people because I don't want the rest of the industry to feel alone like I did at the beginning. So, I'm trying to share what I've learnt in my process and teach other people and give them a crash course so they don't have to do two or three years of testing and learning. That way, they can start from a stable base."

With Soil Scout, the process began by testing wetting agents using 27 sensors in one green. For Erwan, this was the only way to comprehensively test his theory without committing significant funds to products. From it, he has found a solid solution to provide more consistent greens WINSTONgolf is known for.
"The wetting agent problem was very course-specific. One of our courses has a lot of movement on the green, and when I say a lot, I mean extreme movement. We have some extremely dry areas and another that are exceptionally wet, and over time it started to build up some black layer and poa population.
"So, we tested with 27 sensors in one green with different wetting agents and penetrants to see which one performed best at the depth we were looking at. It's nice to move the water in the ground, but you want to know how deep you're moving it. So, that's what we did initially with the sensors.
"It was a confirmation of my idea that I probably wouldn't have used without that confirmation. I was thinking about doing spot-checking on a penetrant and using Soil Scout we proved that it was working and went with it.
"The problem we have is we can't work on feeling because everyone has a different feeling. When I talk with my boss, he might have a different opinion than me; he might think the issue isn't that big but having an actual number means we have hard data. It makes it the same for everyone. When we see a number, we know what it means, and we can all work with the same idea, and the feeling is left out so we can work more efficiently and have a better result at the end of the day.
"Working like this means we can keep the greens consistent through the year, and that is the main thing. With Soil Scout, you don't have to put in lots of effort gathering data and analysing it because you can see what's happening in real-time. You can say this week we need to do a bit more of this and next week a bit less of that, and so you have a better work distribution, and the greens stay much more consistent through the course."

Once testing was complete, the sensors were redistributed into four greens each on the main courses and one on the nine-hole course. These were chosen because they reflect the courses' problems the most and can be used as an early warning system for other areas.
But recently, Erwan added an aerial approach to boost his underground data in the shape of GreenSight. The drone provides remote sensing and mapping and can process data for visualisation and assessment, giving an entirely different view of the course conditions.
"The very first idea is to gather as much information as possible to make the best decisions possible, and that is why I wanted to use GreenSight. I can tell you that green is dry, but the question then is why and you have no idea. But as soon as you start to pull everything together, the wiser decisions you can make. This is double-checking the info we have as well as seeing underground and above ground because for the golfer, we grow the best top ground we can, but for greenkeepers, we focus mainly underground because that is where everything is working.
"With the drone, we also want to check things on a course scale. I can't check the 200 hectares every day, but the drone can do it, and that is the main difference.
"We are already in the off-season, and the main reason to use the drone is for dryness during the playing season. Dryness isn't an issue for us at this time of year, but we've still learnt some interesting things from our flights.
"We've seen how much we can see, and we've come across a minor problem that we never knew we had on one of the greens. We looked and realised it was foot traffic, and we tracked back from that time through previous flights and saw when it started becoming a problem and when it went away, and it was when we moved the flags. So knowing that now is a powerful thing for us, and it's something we wouldn't have thought of in normally.
"So, having the drone now has been very beneficial for us because we've learnt how to use it and the platform correctly, and we've got some insights from it. Because of the time of year, we are a bit limited in what else we can see, but I can see the potential being very high.
“Using these two automatic systems has shown the problem with information is that it is only as good as what you get out. So if you spend ten hours getting information that will save you one hour of work, it is a waste. Making data collection automatic means you don't spend time on it anymore, so you can only benefit from it. That's the case with Soil Scout; I don't spend time collecting because it's always up to date on my phone, so it can only save me something, whether that is time planning irrigation, money on products or time planning maintenance, and not only for me, but all our team! Supervisor, team coach, irrigation technician and greenkeepers. Everyone can access our up-to-date readings, anywhere, at any time!”